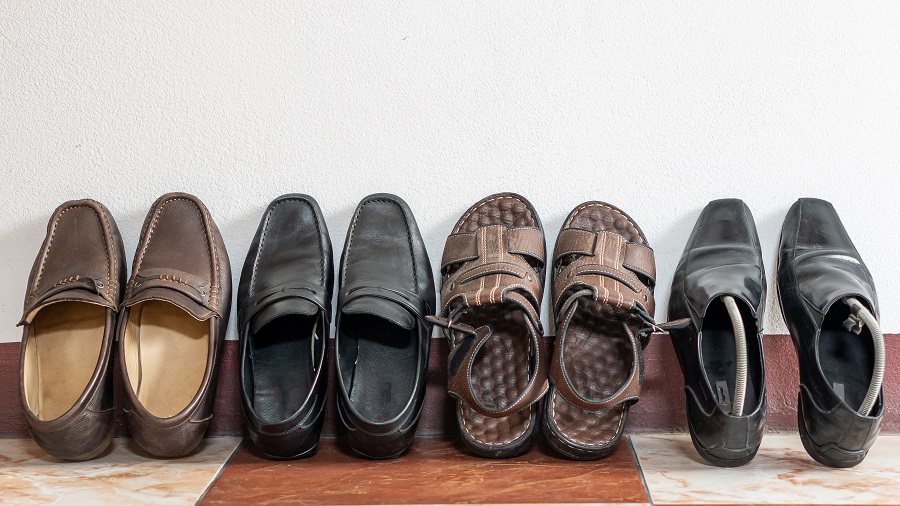 If you have a thing for shoes, be thankful you are not a millipede. You would go broke just keeping your footwear collection up to snuff. Maybe that’s why a Florida man who left his sneakers outside on a rainy night woke up the next morning and found them full of millipedes. The poor creatures had finally found a good pair of shoes!

A TikTok user by the name of Corran posted a video on June 3 (2021) showing his millipede-filled sneakers the morning after a typical Everglades rain. You can hear his excitement over the sheer number. Then you see him turn the sneakers up and pour the millipedes onto the ground.

The squeamish among his followers advised him to do everything from burning the shoes to leaving them for mother nature to take over. Many followers declared they would never wear the shoes again. But come on, now. Millipedes are one of nature’s magnificent creatures. Finding a few in your shoes is no reason to burn your footwear.

So, why were the millipedes in this man’s shoes? They wanted cover from the rain. Corran explained as much in his video. This type of behavior is apparently common in Florida. That’s why seasoned Floridians don’t leave their shoes outside. They are especially careful during the annual rainy season.

Truth be told, we human beings are no different. What do we do if we are outside when it starts to rain? We run for cover. If you want to see the human version of millipedes climbing into a pair of sneakers during a rainstorm, just visit Walt Disney World in the summer.

In central Florida, afternoon rains are a daily experience throughout the summer months. Tens of thousands of people walking around Disney World cram themselves into a limited amount of indoor space when those rains come. People already standing shoulder to shoulder on outdoor walkways find themselves on top of one another in gift shops, restaurants, and queue lines.

If you have watched Corran’s video (it has already been viewed more than three million times) you probably noticed that the millipedes were curled up tightly inside his shoes. They look comfy, cozy, and dry. This is to be expected. The millipedes were just doing what nature programmed them to do.

Knowing they found a safe and dry place to take refuge leads one has to wonder if they could have possibly been any more comfortable. Perhaps. Maybe if Corran’s shoes were inside a pair of GC Tech waterproof shoe covers they would have been even more warm and cozy. But that’s just speculation.

The point of all of this is to say that the millipedes were just doing what they do when they curled up inside the sneakers. They just wanted out of the rain. They wanted a place where they could stay dry and go to sleep. That pair of shoes just happened to offer a perfect refuge.

For the rest of us, finding a comfortable pair of shoes is not always the easiest task. We should be so lucky as to not really need shoes. The rest of nature doesn’t wear them, but we have to. Oh well. We humans just have to suck it up and keep shopping until we find something we like.

Meanwhile, a bunch of South Florida millipedes found the perfect pair of shoes – even if for just a short time. Now they have a fun story to tell their little millipede children and grandchildren.

The Advantages and Costs of Hiring a Birth Doula